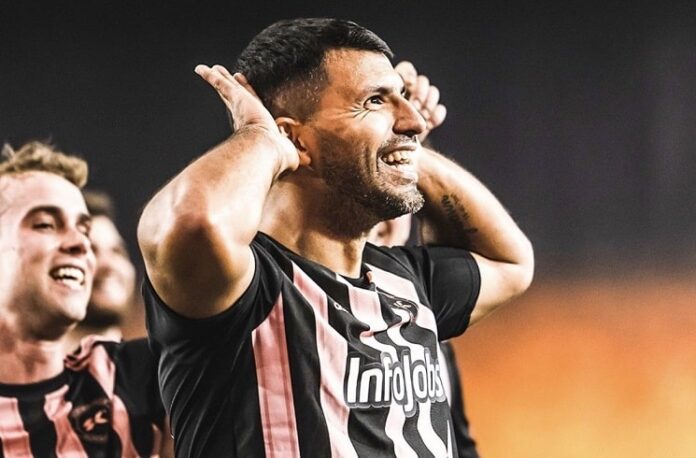 Sergio Agüero has returned to football, playing and scoring in the Kings League.

Agüero has returned to playing the sport he loves. Following a forced retirement due to health reasons in late 2021, the Argentine became more of a content creator, streaming through various platforms.

During the World Cup, he was shown in the final celebrating with the team. On Sunday, Kun made a surprise return.

He was the joker for his team in Gerard Pique’s King League, scoring for his own team KuniSports in their penalty shootout loss vs. Porcinos FC. He celebrated the same way Lionel Messi celebrated vs. Netherlands at the World Cup as he put his hands behind his ears.