The preliminary list of 35 players for Argentina’s Olympic team has been announced.

Despite the fact that Juventus have said he will not be going for month, Paulo DYBALA remains on the preliminary list. The players will start training on July 11 in Ezeiza. Four players who made the Copa America team are included in this list: Jonathan MAIDANA, Ramiro FUNES MORI, Victor CUESTA and Matias KRANEVITTER. 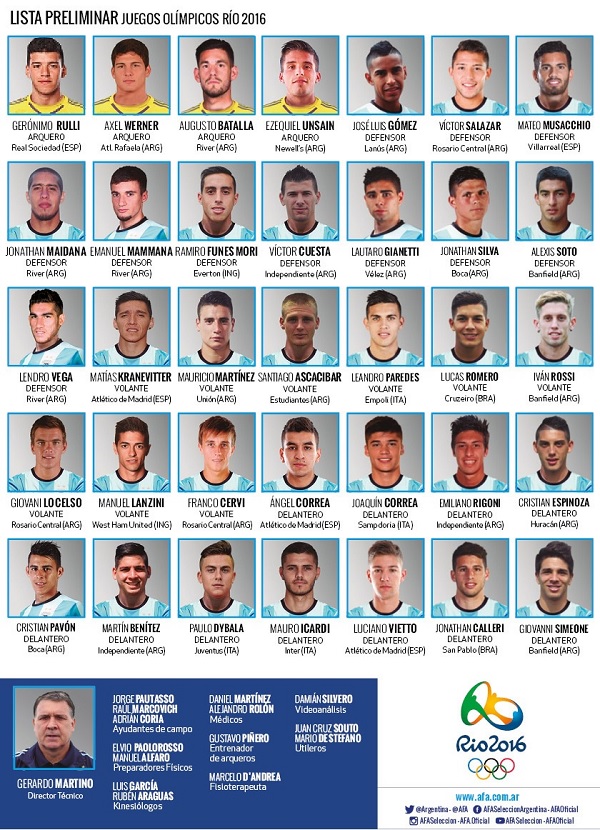