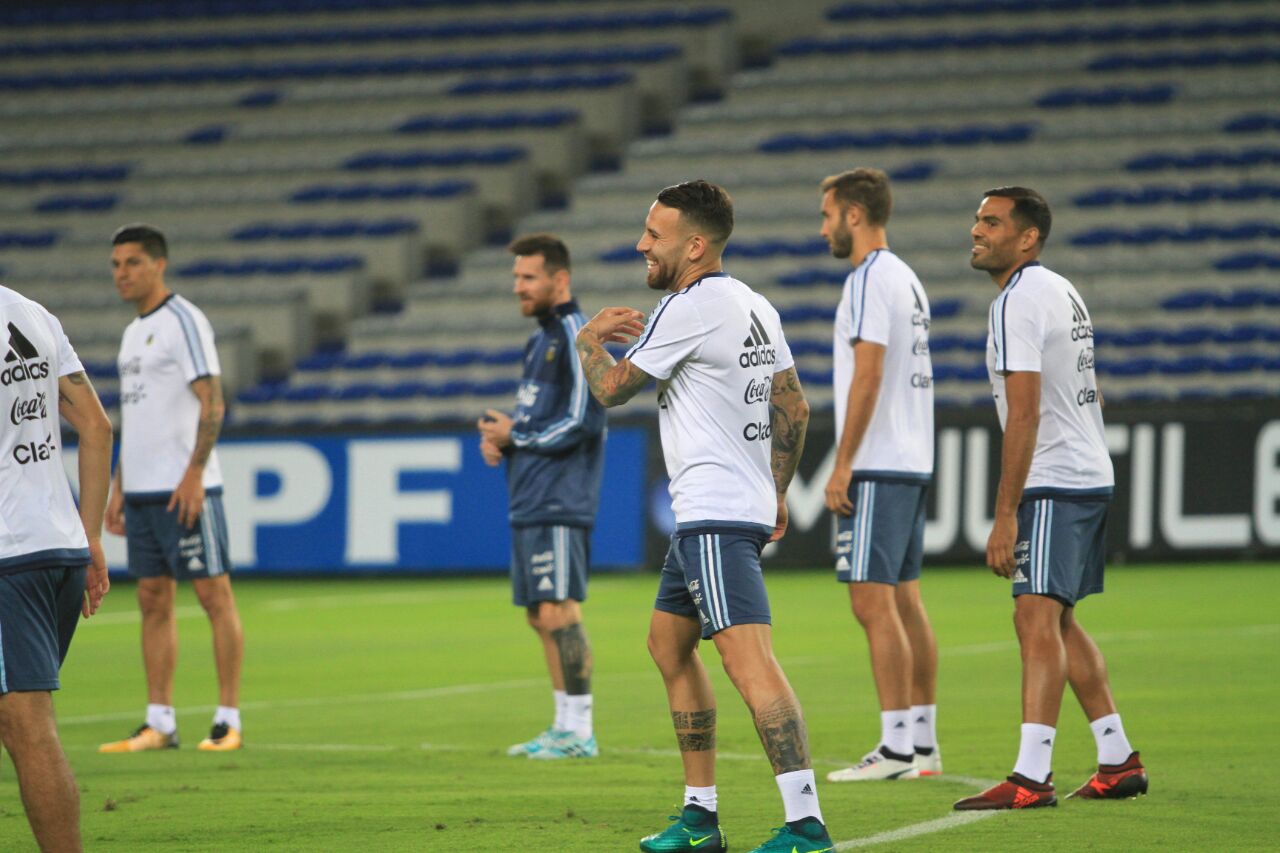 We have news from the final training session ahead of the match on Tuesday.

It’s been a day of rumored elevens. From Angel DI MARIA starting to Angel DI MARIA not starting, from Eduardo SALVIO getting the nod to start to him being a doubt. Argentina coach Jorge SAMPAOLI has his work cut out for him.

As it stands, the only thing confirmed is that both Mauro ICARDI and Paulo DYBALA will not be starting for the Albiceleste. With that said, we do have the last eleven which SAMPAOLI used in training. Here it is:

Only two spots appear to be up for grabs and both of them in midfield. On the right side, it’s between RIGONI and SALVIO. According to reports, SALVIO is not certain to start as the team is waiting on his fitness. The other is on the left between Papu GOMEZ and Marcos ACUÑA. Up front it’s Lionel MESSI with Dario BENEDETTO.