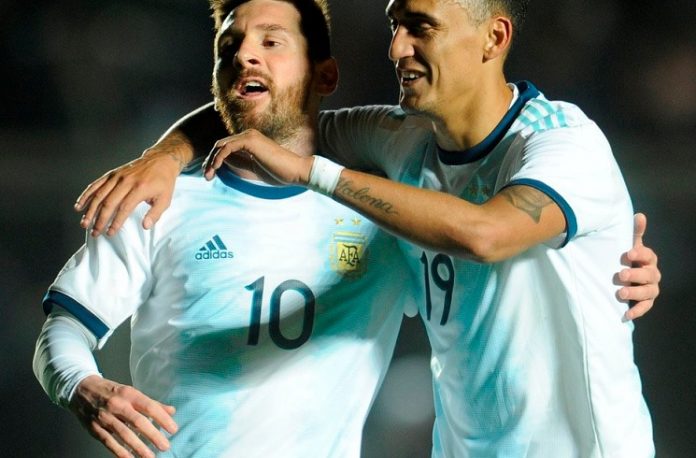 Argentina absolutely thrashed Nicaragua 5-1 with Lionel MESSI and Lautaro MARTINEZ each scoring twice and Roberto PEREYRA adding the other.

The first half saw Giovani LO CELSO playing in a lovely chip ball over everyone to MESSI but the latter’s first time effort missed the goal. Lionel MESSI didn’t have to wait too long after to score his first of the match. A vintage MESSI goal where he runs across the Nicaraguan backline opened the scoring.

MESSI’s second goal was much easier as LO CELSO once more played a short pass into AGUERO who took a shot which was parried away by the goalkeeper but the ball landed in front of the Argentina captain who scored to double the lead.

At half time, Lionel MESSI was substituted off as Paulo DYBALA was brought in. AGUERO was taken off as well with Lautaro MARTINEZ coming into the game.

Lautaro made it 3-0 in the 63rd minute as the ball fell to him inside the penalty area following a corner kick and his shot passed through everyone and into the net. Less than 10 minutes after that, the ball once more fell to Lautaro inside the area and his shot made it 4-0 for Argentina.

Roberto PEREYRA makes it 5-0 as Rodrigo DE PAUL gets the ball out wide and he crosses it and it lands to PEREYRA who scores.

Nicaragua were awarded a penalty kick in injury time and an unstoppable shot into the top corner of the net was the consolation goal for them.