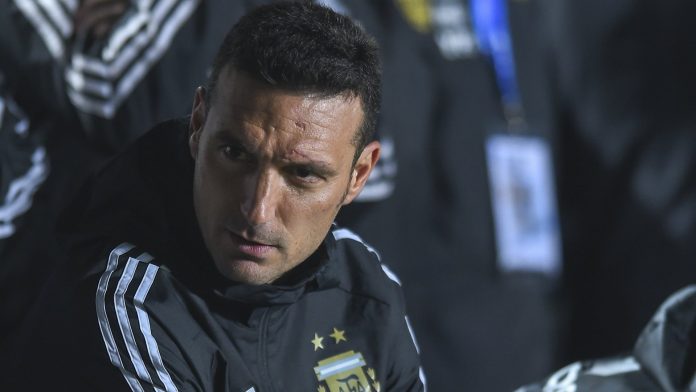 Argentina’s 2019 Copa America campaign has gotten off to a (nothing short of) disastrous start. La Albiceleste has picked up just one point through two matches, has scored just one goal while giving up three, and could very well need help to even qualify for the knockout rounds if they beat Qatar on Sunday.

Going into the tournament, the biggest concern was the lack of playing time the relatively young team had accumulated together. Most of the group had been part of the post-World Cup cycle under interim manager Lionel SCALONI, but new and old faces were brought in during the March friendlies and a decent amount of young players who made debuts in 2018 with SCALONI were put to the side for the Copa America. In came “historicos” like Angel DI MARIA and Sergio AGUERO, who enjoyed stellar club seasons but have frequently been unable to capitalize on club momentum at the national team level.

In the pre-tournament friendly against Nicaragua, Argentina won 5-1 in thoroughly unconvincing fashion. The team moved the ball slowly and needed two goals from Leo MESSI to even save face in the first half. The second half was better, but both of Lautaro MARTINEZ’ goals came on rebounds and Roberto PEREYRA’s tally was a point-blank tap-in. We learned nothing from the match about what SCALONI’s idea of play was.

We still don’t know what it is, and his decisions continue to genuinely baffle both casual viewers and football experts. In fact, he seems to be confusing his own self with peculiar tactics and substitutions.

The Copa America debut against Colombia came and SCALONI opted for a 4-4-2 setup. Gio LO CELSO was put into an isolated position on the right flank and continually had to do a lot of defensive work, rendering him nearly useless on offense. The midfield was deployed as a “doble cinco”, with Guido RODRIGUEZ and Leandro PAREDES next to each other. Both players consistently took up similar positions and didn’t make themselves available for each other and for the center backs to play through higher up the field. With those two dropped back, LO CELSO out on the right, DI MARIA out on the left and MESSI and AGUERO all the way up top, there was a gaping hole where a number 10, an enganche, would normally link everything and connect play.

Here is a visual representation of that faulty scheme.

The tactics were wrong and Argentina couldn’t penetrate Colombia’s pressure from the back, resorting to long balls to a 5’8″ AGUERO, who had to try to win aerial duels against two behemoths – 6’2″ Davinson Sanchez and 6’5″ Yerry Mina. Even with all that was going wrong, Argentina went into halftime tied 0-0 and completely changed its attitude in the first 20 minutes of the second half, moving the ball more quickly and efficiently and generating a couple of scoring chances.

Just as it seemed that Argentina had a hold on the match, SCALONI took off RODRIGUEZ to put in Guido PIZARRO in the same position in the 67th minute. Four minutes later, Colombia embarks on a lightning-fast counter-attack. Roger Martinez breezes past Renzo SARAVIA and unleashes an unstoppable strike from the top of the box to put Colombia up 1-0. The player who needed to close down Martinez and attempt to block the shot was none other than PIZARRO.

In the 79th minute, down 1-0, SCALONI opts to take out the only striker on the field in AGUERO and put in Matias SUAREZ, who isn’t a number nine and plays normally on the left wing. SUAREZ was unable to contribute anything and in the 86th minute, Colombia goes down Argentina’s right channel again and they find Duvan Zapata in the six-yard box for an easy goal. On that goal, PIZARRO had dropped back to fill in for Nicolas OTAMENDI and fell asleep as the cross came in. It’s tough to blame PIZARRO for both goals, but he certainly didn’t have a hand in avoiding them, while SCALONI’s other substitution failed to make an impact.

Fast forward to Wednesday night and SCALONI makes four changes to the team, including a slight formation switch to a 4-3-3 look. For the first 15 minutes or so, Argentina looks genuinely improved, but the energy falls off after that and Paraguay settles into the match. In the 37th minute, Paraguay strikes first by attacking down Argentina’s right defensive side, just like Colombia did twice. Miguel Almiron scoots by both PAREDES and PEREYRA with right back Milton CASCO having pushed up to pressure the ball. Almiron crosses into the middle of the box, Argentina’s center backs are nowhere to be found and Paraguay’s Sanchez buries his shot.

SCALONI retaliates in the second half by bringing on AGUERO for PEREYRA. Five minutes in, AGUERO makes an immediate contribution by creating a chance for MARTINEZ that hits the crossbar. VAR awards Argentina a penalty on the play and MESSI slots it home to tie the match. The AGUERO substitution unbalances the middle of the field quite a bit, and every time Argentina lost the ball in possession, Paraguay had clear counter attacks all through the middle of the pitch.

But Argentina had to attack and the first 20 minutes of the second half with MARTINEZ and AGUERO up top in front of MESSI was the best the team had looked all tournament. Naturally, SCALONI takes off MARTINEZ for DI MARIA in the 67th minute and once again throws the team off its rhythm. DI MARIA comes in to play on the left wing and can’t even control a single pass, doesn’t try to take anyone on and delivers minimal impact. Argentina starts retreating into a more defensive shell and the offensive dominance of the beginning of the second half is completely lost for the rest of the match.

SCALONI has proven incapable of properly reading games, as his substitutions in both matches during this Copa America have arguably crippled the team at its peak moments. Argentina doesn’t need SCALONI to be a genius; they need him to get out of his own way and their way. Argentina doesn’t have elite talent on this squad, but it’s good enough to beat just about any team if they are put in positions to win. Right now, SCALONI is actively turning into a liability with his decision-making and has become Argentina’s most fierce opponent.