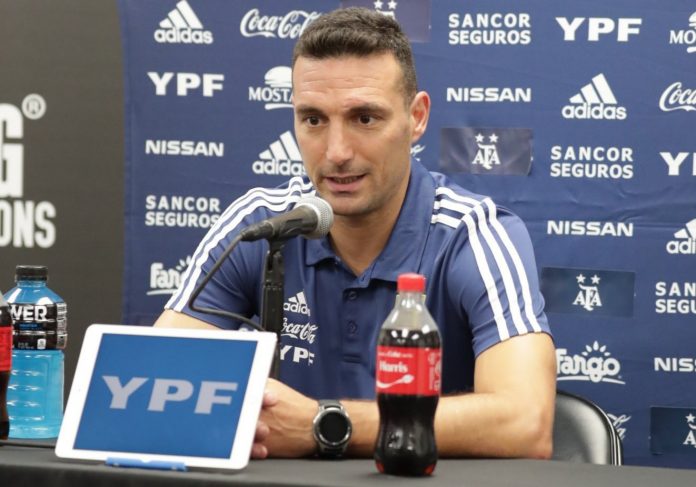 Lionel Scaloni was content with most of what he saw. He spoke about the match, the younger players and the next game which is against Mexico. Here’s what he had to say:

“At times, we did some interesting things. I liked the incorporation of the younger players. We more or less tried to do the same thing as we did at the Copa America.

“I’m happy that the weight of the shirt didn’t show on the new players.

“We did some good things in the first half, we had the clearest chances. We always want to win but the important thing was the function of the team, which at times was good.

“We wanted to give some minutes to the younger players. With the game going on, they usually get substituted much quieter. That was the idea.

“The match was locked and at times, too much. But when it gets like that, you have to play and not give in.

“Some things will chance for the next game. We will surely make two or three changes because we want to continue watching players and also because fatigue does take its toll.