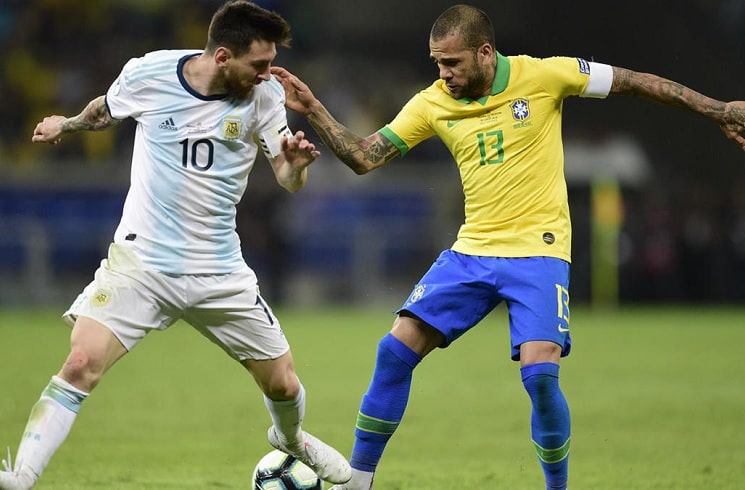 Just 8 days away from kickoff, we still don’t know if the Copa America will actually be played. Despite Brazil president Jair Bolsonaro defending the idea of his country hosting the tournament and CONMEBOL already making the decision official, the idea of boycotting the Copa America from the South American team’s captains grows.

Ecuadorian defender Robert Arboleda confirmed this Friday that there have been contacts between the captains of the South American teams. After the 0-2 loss against Brazil, this is what he said in the post-game interview when asked about his opinion of Brazil hosting Copa America:

“I have little to say because those who are talking are the captains, who are speaking among each other. My captain (Enner Valencia) is taking care of that.”

Furthermore, the Brazilian players themselves appear to be dissatisfied with the idea of them hosting it. On Friday, following the match vs. Ecuador, Brazilian midfielder Casemiro indirectly shared the team’s thoughts. This is what he said:

“Everyone knows our opinion; I don’t think it can be clearer.

“We want to express our opinion after the game against Paraguay. We do not want to deviate from the focus of the World Cup Qualifiers.”

Argentine striker Sergio Aguero was the first player to express himself against Copa America in Brazil. This is what he said 4 days ago, when he arrived in Ezeiza to join the national team:

“If organizing the tournament in Brazil is complicated, then we cannot play in Brazil.”

Click here to read the full statement by Sergio Aguero.

With all these players raising their voices in the last couple of days, they echo the sentiments of what the legendary former Paraguayan goalkeeper José Luis Chilavert was asking for. In an interview with TN, Chilavert commented that “it is crazy to play the Copa America in this context,” and that the players should speak out against CONMEBOL’s decision. This is what he had to say:

“I would love for Lionel Messi, being the best player in the world, to say that this Copa America cannot be played. If all the players say they don’t play, there is no Copa AmErica.”

Argentine journalist Sebastián Vignolo had this information from the beginning. He said last Monday on ESPN F90 that some important players from different national teams were thinking of speaking out together against the idea of having Brazil as the new host. The facts seem to be going in that direction.

On the other hand, CONMEBOL already confirmed the Copa America venues (Brasilia, Cuiaba, Goiania, and Rio de Janeiro), and Brazil’s president Jair Bolsonaro claimed that there is no reason for Brazil not to host Copa America. This is what he said to the press four days ago:

“As for myself and all the ministers, including the Minister of Health, everything is decided.

“From the beginning I have said the same about the pandemic: I am sorry for the deaths, but we have to live.”

For now, the tournament will be played in Brazil as of June 13th, with the host receiving Venezuela. The hours after Tuesday’s World Cup Qualifiers games will be extremely decisive when it comes to Brazil hosting the Copa America.