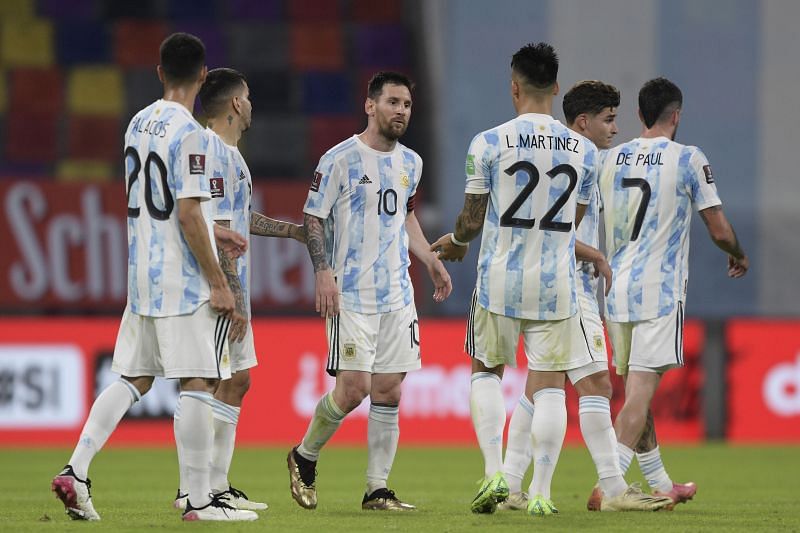 Argentina plays against Colombia this Tuesday in Barranquilla at the Estadio
Metropolitano Roberto Meléndez, for Matchday 8 of the CONMEBOL World Cup qualifiers. The match is set to kick off at 7:00pm Eastern, 8:00pm in Argentina.

After drawing 1-1 with Chile last Thursday, Argentina coach Lionel Scaloni is preparing some changes for today’s game. Per reports by the Argentine media, a 5-3-2 would be the chosen formation to face Colombia. Nicolás Otamendi, Gonzalo Montiel, Marcos Acuña, and Giovani Lo Celso would enter in the starting eleven replacing Juan Foyth, Nicolás Tagliafico, Lucas Ocampos, and Ángel Di María.

The national team has received much criticism from the press and the fans for the last game vs. Chile. Although Argentina had control of the ball almost the whole match, they lacked creativity and aggressiveness in the last part of the field to break Chile’s solid defensive block which included many players. That is what coach Scaloni will try to improve upon, according to what he said in this Monday’s press conference:

“We have to create many more chances. We have to do better, to be more concentrated in front of goal, that the team creates a lot more.”

On the other hand, Colombia are coming from a 3-0 away win against Peru. Per several reports by the Colombian media, Colombia coach Reinaldo Rueda only has one change in mind regarding the last game. The former Boca Juniors central midfielder Wilmar Barrios would enter in the starting eleven. The only doubt would be if he will replace the striker Luis Muriel or the midfielder Gustavo Cuéllar.

With 11 points, Argentina is currently positioned 2nd in the standings, while Colombia is 6th with 7 points. The top 4 teams qualify for the 2022 World Cup in Qatar, while the 5th will play a play-off with another confederation’s team. Up to now, there have been five matchdays played out of 18, since matchdays 5 and 6 were canceled due to Covid-19. 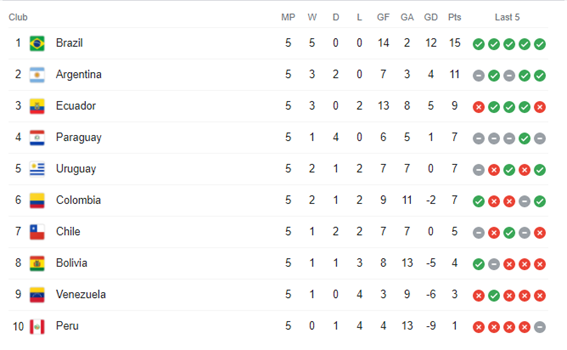