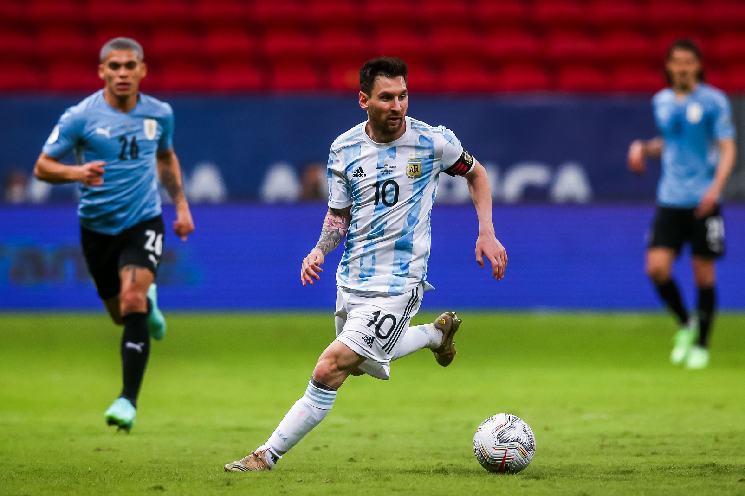 Lionel Messi played a fantastic match vs. Uruguay and led the national team to its first victory after three consecutive draws, in the 1000th game of Argentina’s national team history.

The Argentina captain assisted Guido Rodríguez with a precise cross, which was the Albiceleste’s winning goal. But it wasn’t just the cross as Leo made some incredible runs against the always tough Uruguayan defense, being able to dribble many opponents in difficult situations.

But Messi’s importance on the game wasn’t just when he had the ball. He was seen giving orders constantly to his teammates, trying to organize the team on the pitch. In addition to his magnificent never-ending skills, it seems that we are seeing more of a leader and a more mature Messi than in previous occasions.

Messi’s assist to Guido’s goal is his 13th, a record at the Copa America.

Here is a short Lionel Messi compilation from Argentina’s 1-0 win.