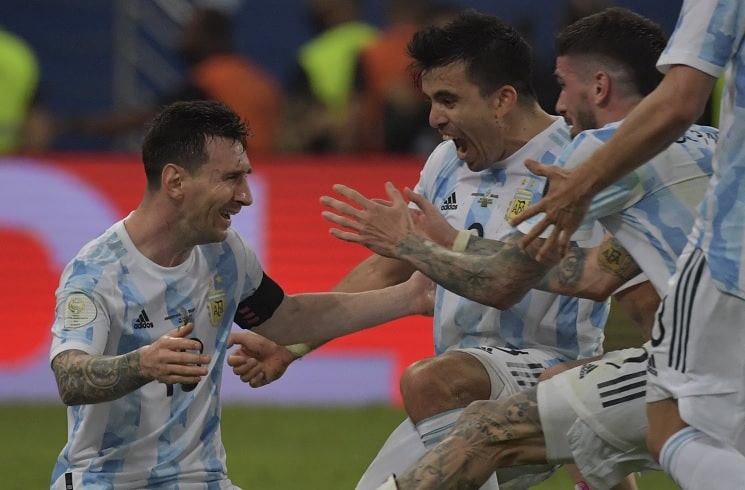 Lionel Messi captained Argentina to their first senior international trophy since 1993 and did it in style.

Finishing as the tournament’s top scorer with four goals and most assists with four, Messi Argentina’s star man throughout the tournament. But he, along with Angel Di Maria and Sergio Aguero are the only one’s to have taken part in Argentina’s last three finals. Messi was also there when the team lost 3-0 to Brazil back at the 2007 Copa America.

However, Messi was able to captain Argentina to glory. Speaking after the match, here is what he had to say:

“It’s crazy, the happiness I am feeling is not something that could be explained. I needed to get that thorn out regarding winning with the national team. I’ve left sad before but I knew that at one point it was going to happen.

“I had a lot of confidence in this group which got stronger since the last Copa America. It’s a group of very good people, that always pushes forward, that never complains about anything.

“It was a lot days where we were closed but the goal was clear and we were able to become champions. The happiness is immense. I’ve dreamed of this many times.

“We have to take advantage of this, of this new pack. I told them that they were going to be the future of the national team and I wasn’t wrong. They showed that and today we are champions.

“I thought of my family when the game ended. We have suffered many times, we we would go on vacation and spend the first few days sad. This time it’s different.”

In addition, Messi also commented on what he told Di Maria:

“I told Fideo (Angel Di Maria) that today was going to be his revenge and it was. I want to share this with the team mates I have had and got so close with and it didn’t happen. This is also for them.”