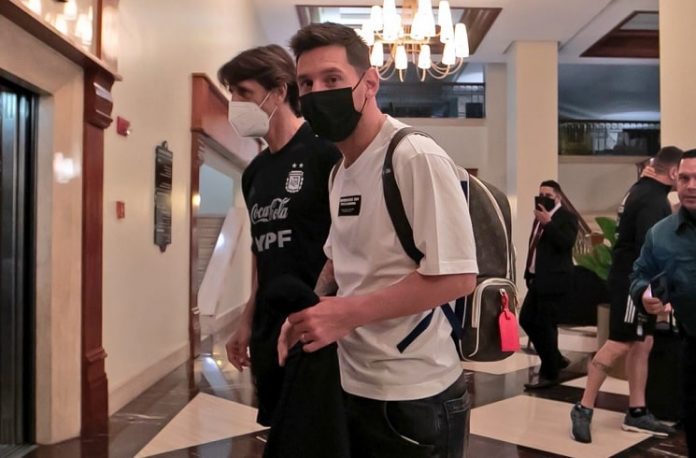 Lionel Messi, Angel Di Maria and Leandro Paredes have landed and are with the Argentina national team.

Argentina coach Lionel Scaloni now has all 30 players at his disposal, following the arrival of the three PSG players. The first two players who arrived to Venezuela with the coaching staff were Franco Armani and Julian Alvarez. After that came the European based players who landed on Monday.

The Copa America champions will train on Tuesday before training once more on Wednesday prior to playing Venezuela on Thursday. Argentina will then play Brazil in Sao Paulo on Sunday before playing at home vs. Bolivia next Thursday.