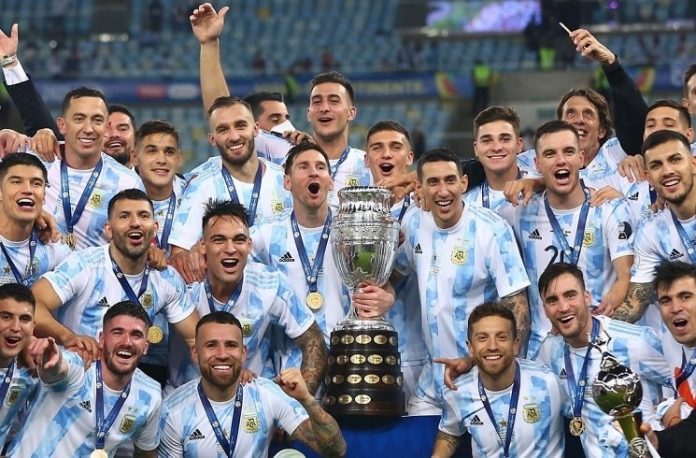 Copa America champions Argentina will play their first match since lifting the trophy in Brazil when they play against Venezuela on Thursday.

All 30 players are in Venezuela and with the players having already trained on Tuesday, some rumors have already started circulating regarding the eleven. As reported on Tuesday, both Cristian Romero and Leandro Paredes are suspended after having each received two yellow cards.

Argentina coach Lionel Scaloni will be without both players for Thursday’s match but according to several media outlets in Argentina, it would be German Pezzella replacing Cristian Romero with Guido Rodriguez in place of Leandro Paredes.

These would be two changes that we saw during the Copa America where Romero was unfit and Pezzella started in his place or when Scaloni preferred Guido over Paredes.

Lionel Scaloni has 11 players in the squad on a yellow card and one more for them and they would miss Argentina’s match against Brazil on Sunday. Here are the eleven players:

While at the moment there are rumors of a starting eleven, it would be only a guess as Scaloni has not yet tried an eleven in training.

If rumors are to be believed, this could be the eleven against Venezuela: