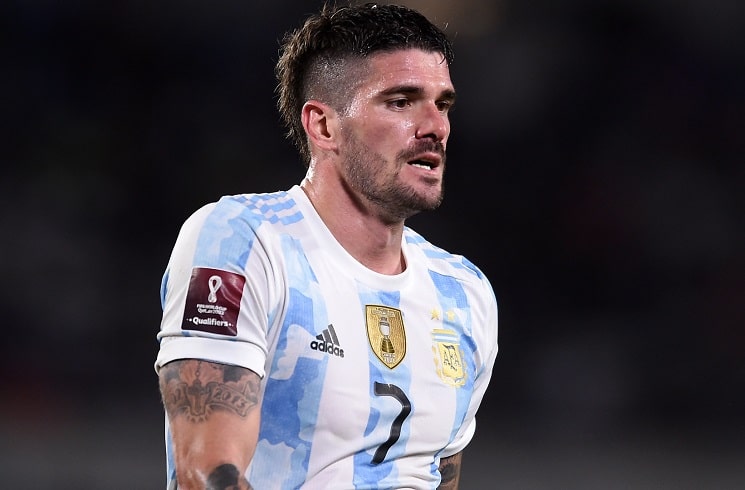 De Paul provided the assist at the 2021 Copa America final for the Ángel Di Maria goal and is regarded as a big game player for Argentina. Taking part in every match against Brazil since coach Lionel Scaloni took over as coach, Argentina will once more be playing Brazil in June.

The World Cup qualifier against Brazil has been postponed until June and coach Lionel Scaloni has previously stated that he would prefer to face teams from another continent. Rodrigo De Paul spoke about Lionel Messi and Sergio Agüero but he was also asked about having to play Brazil once more. Speaking in an interview with TyC Sports, here is what he had to say:

“I don’t know if it is fair or not, I’m not someone to give an opinion about it. Brazil is always a super important rival, we have had to have played against them a lot of times recently. What Scaloni said is true, we could have used this time to have enjoyed playing another kind of opponent to see where we are but it doesn’t stop it from being an important match. And we are going to take it very seriously. If they decided that we have to play it, for us, playing these kinds of clasicos are nice and we are willing to play them, no problem.”

In regards to the two World Cup qualifying matches against Venezuela and Ecuador this month:

“It’s the last World Cup qualifiers and we want to finish it well. It wasn’t easy for anyone and finishing it without any losses would be incredible, although difficult. We are very excited to say goodbye to the fans against Venezuela at home and it will be two matches that we will take very seriously because they are the last qualifying matches and there will be very few matches left for the World Cup.”

The Argentine also spoke about the national team:

“Leo is the leader with the big ones like Nicolás Otamendi or Fideo (Ángel Di Maria) but I feel respected, supported. They make me feel important and that gives you confidence, valued in what you are doing. I feel very comfortable in the role I have within the Argentina national team, which does not have one specific name.”