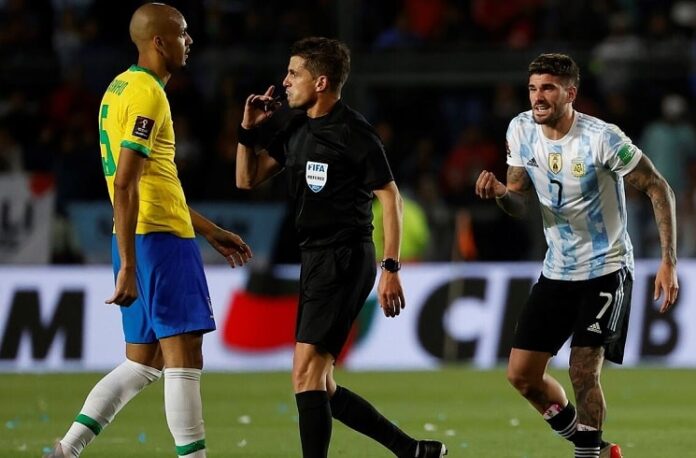 Argentina against Brazil in the postponed World Cup qualifier is going to be played in Europe and possibly in June.

The postponed World Cup qualifying match from September between Argentina and Brazil is set to be played in Europe. According to Gastón Edul, the match will be played there and possibly in the second week of June. This would mean after the match against Italy.

While the match did kick off in September, it was stopped after only five minutes. Brazilian officials stormed the pitch as claims there were claims that Emiliano Martinez, Cristian Romero, Emiliano Buendia and Gio Lo Celso all broke Brazilian COVID protocols.