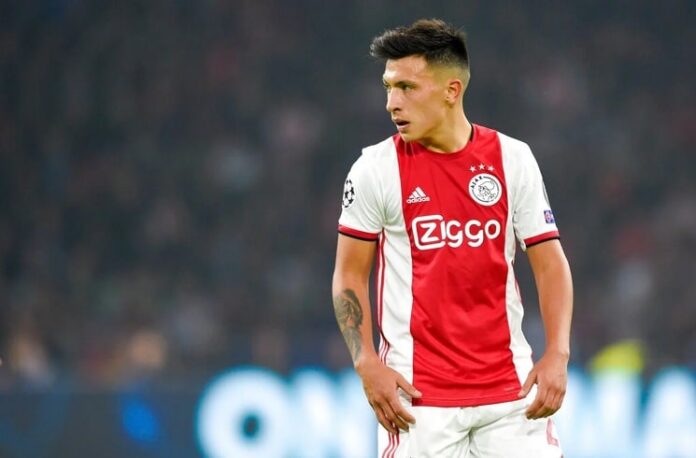 Lisandro Martínez will be asking Ajax to leave with both Manchester United and Arsenal having submitted bids.

Martínez could be on his way out of Ajax. Per Fabrizio Romano, the 24 year old will ask Ajax to leave as he would want a move to the Premier League.

Manchester United have made an official offer with theirs being better than Arsenal’s last one but Arsenal are still in the running. United are trying to push for personal terms.

Ajax had turned down a bid of €30 million from Arsenal in June. But they continue to want to sign Martínez.

The Argentine joined Ajax in 2019 where he has become a starter and was named as the Ajax Player of the Year for the club this year.