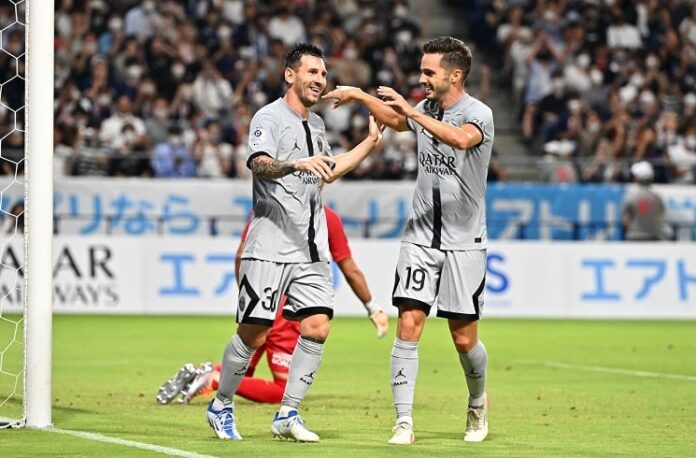 Lionel Messi scored for PSG in their pre-season friendly win vs. Gamba Osaka.

Messi has scored for the second consecutive pre-season match. About to start his second season with PSG, the 35 year old did not have a pre-season last year after joining them from FC Barcelona.

With the team for their pre-season tour of Japan, Messi started for PSG in their 6-2 win vs. the Japanese club. With the score at 3-0, Messi dribbled towards the Gamba Osaka back line, played a pass into Neymar who returned the ball back to Messi as the Argentine scored.