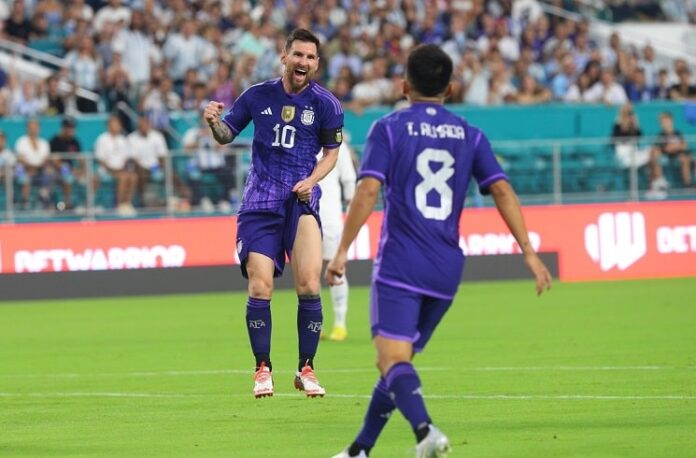 Lionel Messi spoke to the media on Friday about the 2022 World Cup.

He also spoke about the 2022 World Cup. Mundo Albiceleste was part of the media scrum when Messi was speaking. Here is what he had to say:

“With a lot of desire, enthusiasm and anxiety because it’s getting here. But at the same time, with calmness because we know that there is still a little time and we have to be well at our clubs to arrive well at that moment. The truth is that we are doing very well as a group and as a national team. We want to continue like this until the World Cup.”

“We are the same as them, with the same axiety, desire but with calmness because although we have a great team, a great group, the World Cup is special and we have to go step by step.

“I think it’s complicated at the level of games. There are many games and little rest time but you have to face it as always. If you are going to play thinking about the World Cup, taking care of yourself or not messing up, in the can, it can be worse.

“I am someone that thinks that things happen because they happen and if things have to happen, they will happen. God willing, nothing happens to anyone and we can all arrive as we are.

If that is the message he gives to the younger players:

“It’s the coach that gives that message or who has to give it. We are all great now and each one knows how to take care of themselves. What they have to do, how to prepare and what is best to arrive in the best way.

“We are enjoying every moment that we are together and we are preparing with seriousness when we work together. Working on a lot of things because it’s the last time that we will all be together and we won’t have a lot of time before the first game at the World Cup. We take the opportunity to continue growing what we know and to try new things too.”