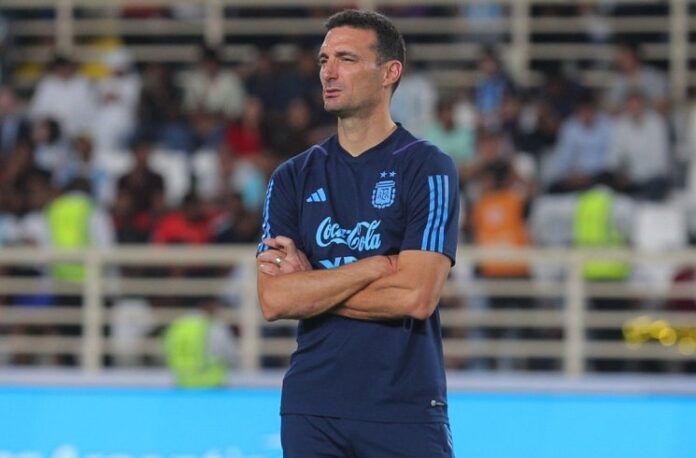 Argentina national team coach Lionel Scaloni spoke about the 2022 World Cup, being a coach and the players.

Lionel Scaloni announced his list of 26 players for the 2022 World Cup and he has them all with him in Abu Dhabi. The team play the United Arab Emirates on Wednesday and Scaloni spoke at a press conference, here is what he had to say about the World Cup team:

“We made the list thinking of the best for the team. It’s logical that in a national team like ours, top players are left out. It was going to be difficult to decide who stays out because they are players who are there.

“Football wise, we have no player with the characteristics of Lo Celso. Beyond that, those who had to replace him when he wasn’t there have done well. We’re not going to tactically change the team.

“Tagliafico trained separately because he was tired from the trip. Acuña missed his team’s last games. Cuti, today, will be a little more demanding. We are not going to risk anyone that can represent a problem for us in the future.

“I haven’t spoken too much with Dybala. His club handled his recovery well. We were very calm about his recovery. He deserved this chance.

“I see Messi as always, wanting to enjoy the World Cup.”

“The preview to a World Cup is a moment to enjoy. We dream, like every kid playing a World Cup. In Pujato, I have a photo of me with the Argentina shirt when I was 7 years old that I see every once in a while. Today, I am lucky to be in charge of my country’s team.”

Regarding being a coach:

“When I played, I wasn’t as calm, it was the complete opposite of how I am. I learned a lot from the coaches I had. I am one that thinks that the coach has to be the example of the group. I try to transmit that.

“In the same way that when we took in charge, we didn’t think about every first experience. Today, we don’t think that we are going to debut as a coaching staff in a World Cup. I am happy and content to be at the head of this group.”

In regards to the game against the United Arab Emirates:

“It’s an official game, you can’t make more changes than FIFA authorizes. We’re not going to take any risks in the friendly with the United Arab Emirates.” 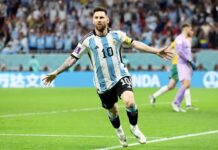 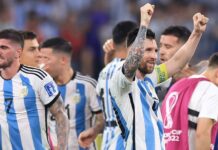