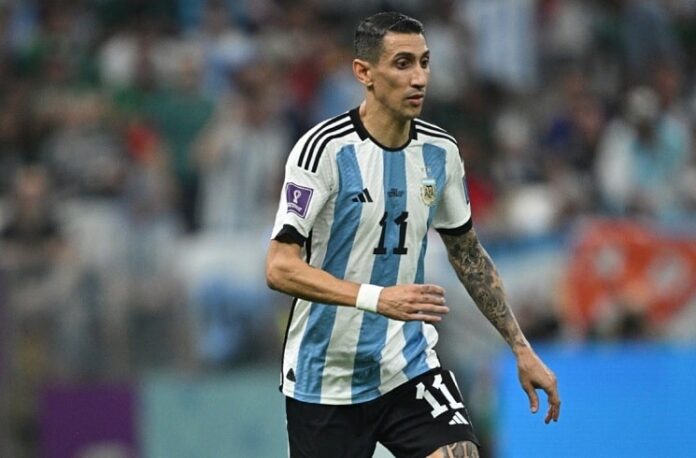 Ángel Correa and Leandro Paredes were tested for Argentina during Tuesday’s training as Ángel Di María trained with the team.

Argentina national team coach Lionel Scaloni has started to test players in training as he made two changes to the eleven which started the 2-1 win vs. Australia. Ángel Correa rained in place of Ángel Di María as he had a bib on with Julián Álvarez and Lionel Messi.

Leandro Paredes also had a bib on as he trained in midfield with Rodrigo De Paul and Alexis Mac Allister. These were the eleven players which were tested in training:

Di María was also back training with the team on Tuesday.