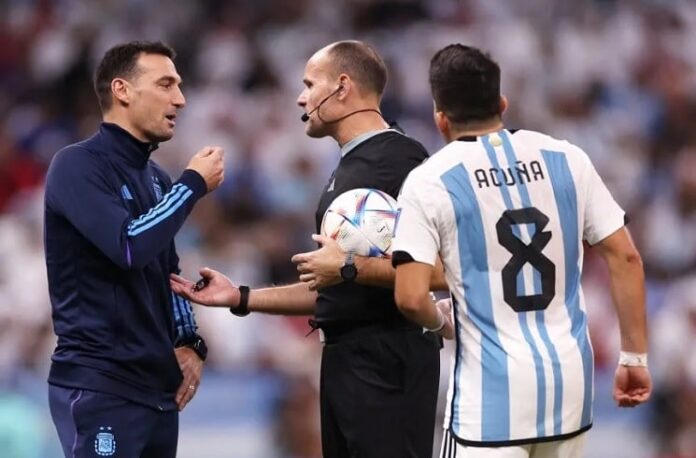 Marcos Acuña and Gonzalo Montiel are suspended for the Croatia match in the semi finals of the World Cup.

Acuña and Montiel both received their second yellow cards of the World Cup in Argentina’s penalty shootout win vs. Netherlands in the quarter finals. Acuña received his first yellow card against Poland while Montiel was yelloe carded against Saudi Arabia.