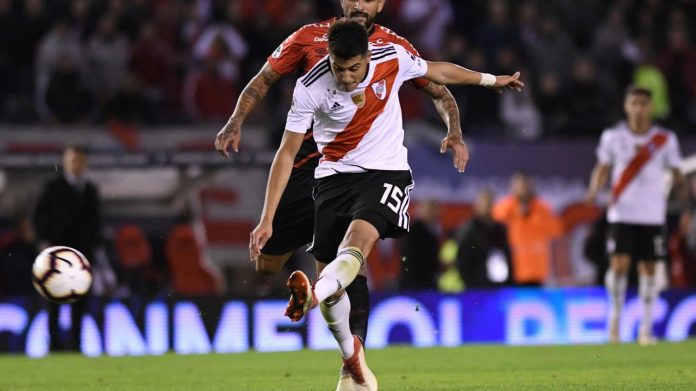 Exequiel PALACIOS is likely to miss the Copa America with Argentina as he suffered an injury during River Plate’s Recopa match.

It’s not the best of news for Argentina as rumors are coming out that there’s a strong chance Exequiel PALACIOS will miss the Copa America. Per a report by TyC Sports, PALACIOS had discomfort in one of his hamstrings. Further tests will be done to determine the severity of his injury.

However, as it stands, the rumors are that PALACIOS will not make the Copa America for Argentina.