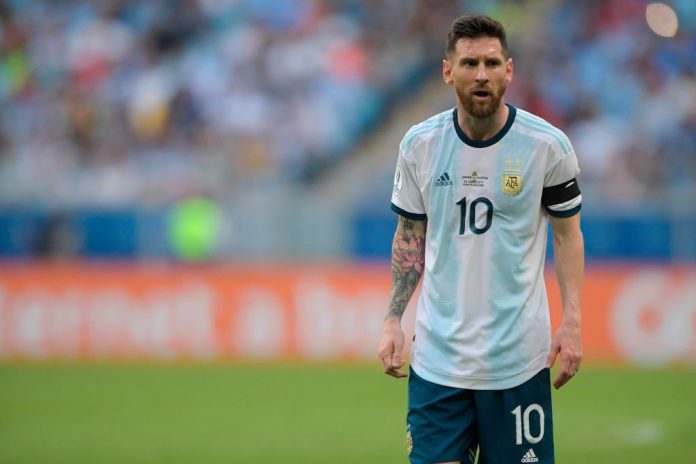 The veteran of the team, MESSI commented on his personal Copa America, the team, the pitches and more. Here’s what he had to say:

“It’s not my best Copa America, I’m not having the Copa America I was hoping of having. But the important thing is we are winning.

“At the Copa, anyone can defeat anyone, we’ve taken an extra step. There’s a lot of things to highlight. I said from the first day: “There’s a group of very young kids, not just on a football level. On a human level, there’s a friendship between them.””

Regarding the pitches at the Copa America:

“The pitches are very bad, it’s a shame that it’s like that. It doesn’t help us with being able to play the ball quickly and it always takes a bit more time because it bounces badly, you can’t control.

“On every pitch, the ball looks like a rabbit, you see it going everywhere.  It is what it is and we have to adapt.”

In regards to Venezuela:

“We knew that they were going to sit back and try to counter. We managed the game from the beginning, we got the goal and that’s where we messed up, in having the ball.

“In the second half we knew that they were going to come at us and leave space. The team stayed firm, it was a complete game. Defensively, we were very united, we didn’t give up space.”

MESSI also spoke about playing up front with Lautaro MARTINEZ and Sergio AGUERO:

“If we want to play the three of us up front, we have to run.”