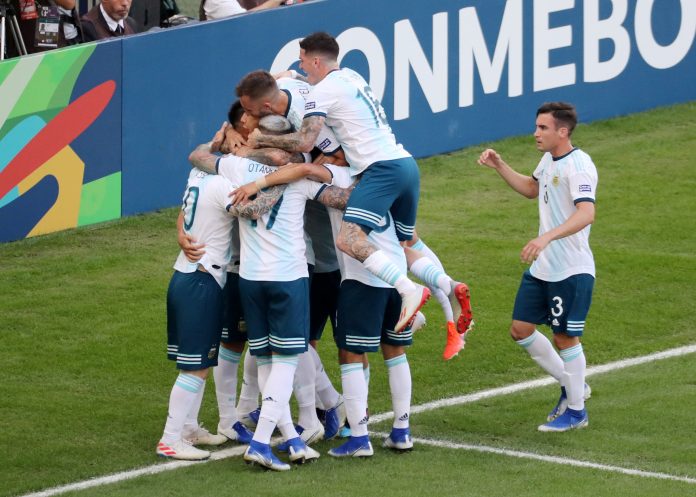 Goals by Lautaro MARTINEZ and Gio LO CELSO sent Argentina into the semi finals of the Copa America.

A team effort by Lionel SCALONI’s team ensured a birth in the semi finals where they will play hosts Brazil. Lautaro MARTINEZ opened the scoring early once more, this time a lovely backheel flick off a Sergio AGUERO shot which beat the goalkeeper.

Argentina controlled much of the tempo of the first half as they took a 1-0 lead going into half time. The second half saw Venezuela with the ball and Argentina goalkeeper Franco ARMANI was called into action as his key saves maintained his team’s advantage.

Leandro PAREDES sent goal scorer Lautaro MARTINEZ through on goal with a lovely pass but Lautaro’s shot hit the outside of the post.

Lautaro MARTINEZ was substituted off for Angel DI MARIA and Marcos ACUNA came out for Gio LO CELSO. Argentina’s second goal came shortly after LO CELSO was substituted on. DI MARIA initially started the play as the ball fell to AGUERO. His shot was spilled by the goalkeeper and LO CELSO was the first to reach it as he made it 2-0 for Argentina.

Paulo DYBALA was later brought on for Sergio AGUERO.