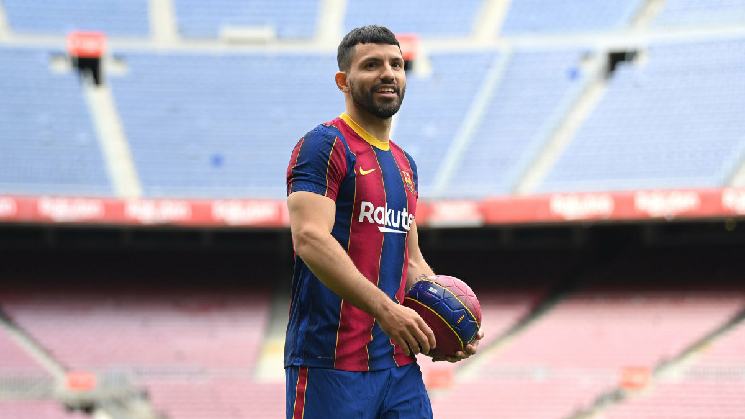 Sergio Aguero arrived this morning in Ezeiza and had the kindness of stopping a few minutes to talk with the Argentine press. He spoke about coming to Barcelona to play along with Lionel Messi, Copa America in Brazil, and the national team.

Here is what “Kun” had to say regarding the Copa America:

“If organizing the tournament in Brazil is complicated, then we cannot play in Brazil.

“It is clear that we are not having a good time here (in Argentina) and I think it is a very correct decision by Conmebol not to play it here. We want to play, but we have to find a suitable place to organize the tournament.”

With this statement, Sergio Aguero is the first player to speak out against Brazil hosting Copa America. Argentine journalist Sebastián Vignolo said this Monday on ESPN F90 that some important players from different national teams are thinking of together speaking out against the designation of Brazil as the new host.

The news caught everyone by surprise and, as stated in a previous article (Copa America in Brazil: Possible venues, current sanitary situation, Argentina reaction | Mundo Albiceleste), Brazil’s current Covid-19 situation is as bad as Argentina’s. A possible reaction of the greatest stars from the national teams could be extremely decisive for the realization of Copa America in Brazil.

About his recent arrival in FC Barcelona, this is what Aguero had to say:

“I am very happy. It is a new challenge for me, I hope I can enjoy it.

“I always talk with him (Messi), but I can’t say what we talk about. Secret, heh. First he has to sign his contract, let’s see what he’s going to do. Obviously, I would like to play along with him.”

Kun Aguero will shortly join the national team. With this, Argentina coach Lionel Scaloni will have all the players at his disposal.