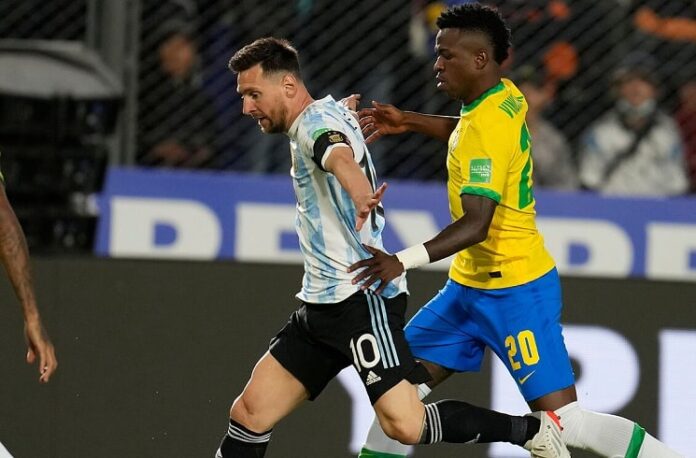 Argentina vs. Brazil in the World Cup qualifiers in September is set to be cancelled.

The postponed World Cup qualifying match between Argentina and Brazil which was set to take place in September will not be taking place. According to Pedro Ivo Almeida, Brazi national team coach Tite has asked CBF president Rodrigues to cancel the match.

Lionel Scaloni and the AFA have been vocal about not wanting the match to be played. For Argentina, they are rumored to play Canada or the United States of America in September.

Initially, the match was going to be against Mexico but with both Argentina and Mexico being in the same group at the World Cup, that match will not be taking place. There is also the match against the United Arab Emirates in Abu Dhabi in November.