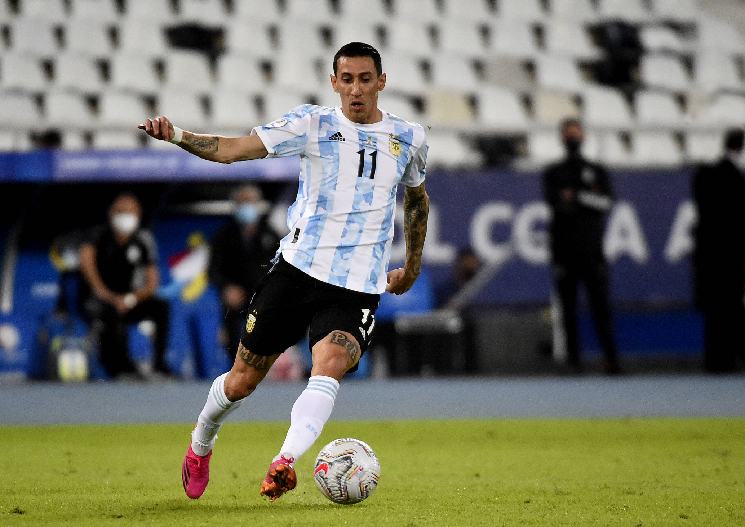 Angel Di Maria was named the Man of the Match for Argentina following the team’s 1-0 win vs. Paraguay.

Back to being a starter for Lionel Scaloni, Angel Di Maria was one of the best players on the pitch for Argentina. So much so that he was literally named the Man of the Match.

Di Maria was everywhere for Argentina and silenced many of his critics who said he couldn’t cut it anymore for his country. From holding up the ball, to driving at the Paraguay back line to his sublime assist to Alejandro Papu Gomez, Di Maria had his best performance in an Argentina shirt in some time.

Following the match, Di Maria commented on the team’s performance:

“I believe we deserved the win. We had a lot of chances but we were only able to convert once.”

Another one who had a solid showing was Alejandro Papu Gomez. After not playing a single minute in Argentina’s string of matches the past few weeks, Papu Gomez found himself in the starting eleven for Lionel Scaloni.

And the Argentine repaid Scaloni with the match winner. As mentioned earlier, Di Maria played the through ball which found Gomez following a great run by the Sevilla man and a lovely little dink over the goalkeeper.

Papu spoke about his opportunity and goal after the match:

“I’m very happy, I was waiting for this chance. I’m very happy for the win. I think about the family, the friends. The effort goes through your mind. I had the patience to wait for my opportunity when it wasn’t my time.

“The assist by Angel was so good. All I had to do was put my foot under the ball and finish. The team is back to winning and that gives us a lot of confidence. Now to rest and to prepare for what is coming.”

While those two connected for the goal, the back line had a say in the win and clean sheet. Molina, who at times struggled in the first half, showed up very strong in attack. And defensively, he improved a lot in the second half as Paraguay insisted on attacking through his side. However, the Udinese man was up for the task.

Cristian Romero put out many fires and playing alongside Pezzella, the two were able to block shots to make sure that Emiliano Martinez did not have too much to do.

Who would you select as your Man of the Match for the win? Would it be Di Maria, Papu Gomez, Molina, Romero or perhaps someone else?