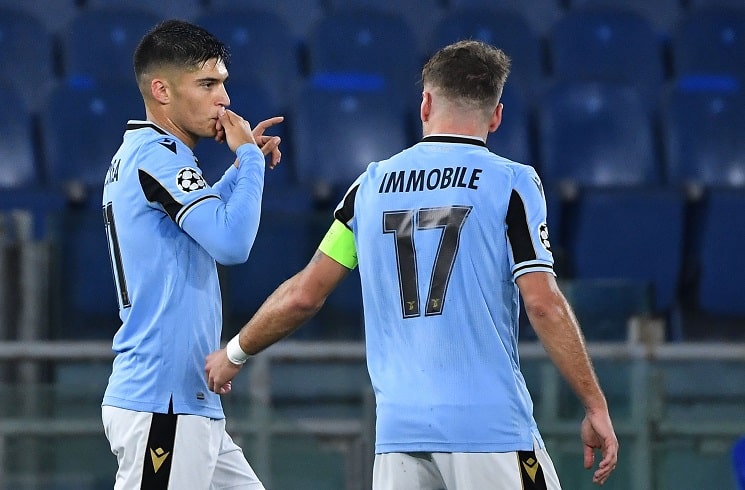 Joaquin Correa scored for Lazio in their 2-2 draw vs. Club Brugge in the Champions League.

Correa scored his second goal in six matches in the Champions League this season as his goal gave Lazio the 1-0 lead. A shot on target was fumbled by the goalkeeper and it was Correa who would score from close range.

The 26 year old spoke about Lazio qualifying for the next stage of the Champions League. Speaking in an interview with La Lazio Siamo Noi, here’s what he had to say:

“What matters is that we passed. We suffered a little too much, but there are no easy games in the Champions League. This success that is what Lazio had been missing for too long. I am very happy for the goal and for the victory. We are a Champions team and now we are among the best.

“Surely it could have been closed earlier and we would have been safer. Ciro and I didn’t take any chances but the important thing was to bring Lazio back to the second round. We started immediately thinking of winning, maybe the management of the second half was not very good. But this is the Champions League and it is normal to suffer.”