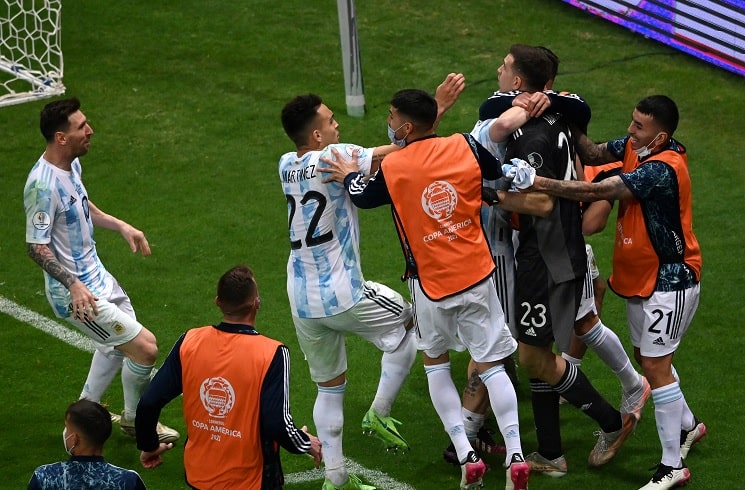 The biggest rivalry in South American football is on: Argentina will face Brazil this Saturday in the Copa America final, at the Maracanã Stadium. With Messi and Neymar as the stars of their squads, both national teams will seek to lift the trophy.

As throughout the whole tournament, Argentina coach Lionel Scaloni has not confirmed the lineup yet. With some doubts, according to the national media, this would be Argentina’s starting eleven vs. Brazil: 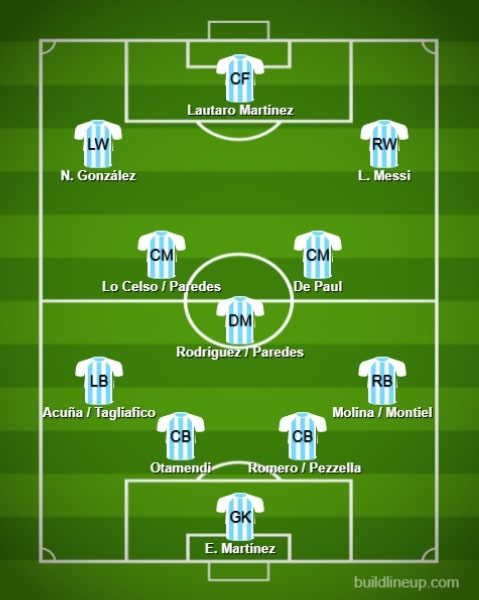 On the other hand, Brazil’s coach Tite seems to have fewer uncertainties in his team’s lineup. During the whole Copa America, Tite has not made many changes between matches. The final would not be the exception.

Brazil will not be able to count on two players that are usually starters. One of them is Gabriel Jesus, who will be serving the second of a two-game suspension for the karate kick he delivered against Chile. The other one is Alex Sandro, who will miss the final due to a left hamstring injury.

Per reports by the Brazilian media, this would be Brazil’s starting eleven vs. Argentina: 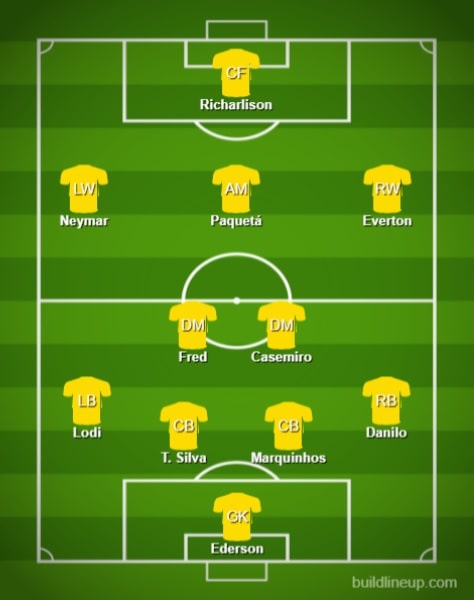 Even though hosts Brazil have shown a good level throughout the whole Copa America and from the very beginning they became the main favorites to lift the trophy, the “seleção” had also shown some low performances in some aspects of their game.

During the group stage, Brazil defeated Venezuela 3-0, Peru 4-0, and Colombia 2-1. In their last game in group B, they drew 1-1 vs. Ecuador, where they mixed some starters with substitutes. In the knockout phase, they beat Chile 1-0 in the quarterfinal and Peru 1-0 in the semifinal.

On the other hand, Argentina repeated pattern throughout the whole Copa America and the last two qualifying games: they take the lead early playing good football and after that, the team’s level starts to go down.

Like Brazil, Argentina advanced as group winners. The Albiceleste drew 1-1 with Chile in their opening match and won 1-0 vs. Uruguay. Then, they defeated Paraguay 1-0, and Bolivia 4-1. In the quarterfinal match, Argentina defeated Ecuador 3-0, and in the semifinal, they won over Colombia through a penalty shootout (3)1-1(2).

Both Lionel Messi and Neymar have been key players for their countries on the road to the final. In addition, both are looking forward to win their first Copa America. They both did it with the U-23 in the Olympics: Messi in Beijing 2008 and Neymar in Rio 2016. Neymar was part of the Brazil team which won the 2013 Confederations Cup and while Brazil lifted the Copa America in 2019, Neymar couldn’t play due to an injury.

Although the “Clásico de las Américas” record is extremely close, Brazil leads by two over Argentina. In 107 games played, Brazil won 42 times, Argentina 40, while they drew 25. Here, the scores from the last five games between Argentina and Brazil:

Unlike the quarter finals and semi finals of the Copa America, in case of a draw after 90 minutes, there will be extra time, then possible penalties. The referee will be Esteban Ostojich of Uruguay.