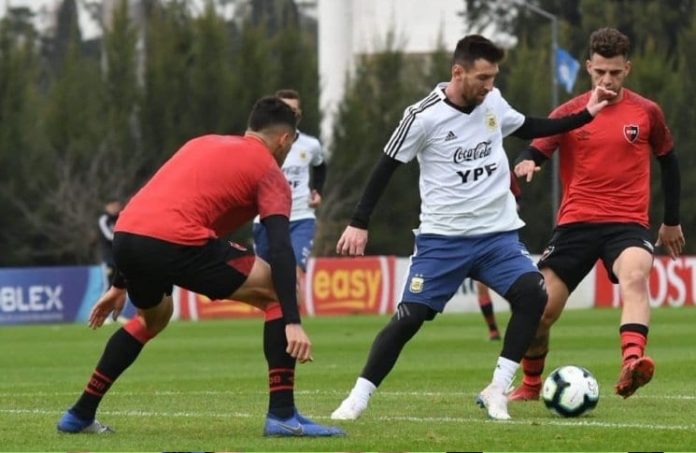 While the Argentina coach made changes during the match against Newell’s, the starting formation was a 4-3-3 with the veterans in attack. Lionel MESSI scored twice while Sergio AGUERO, Paulo DYBALA (substitute) and Rodrigo DE PAUL (substitute) also scored. Here was the starting eleven:

Lionel SCALONI still does not have all 23 of his Copa America players. Out of the 23, he has 20 at his disposal. Juan FOYTH was with Tottenham for the Champions League final while Esteban ANDRADA was with Boca and the replacement for Exequiel PALACIOS has not been named.